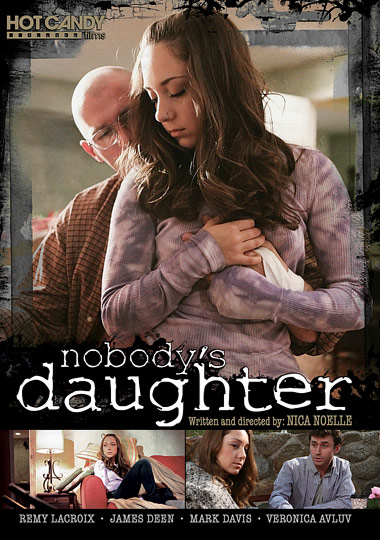 Remy LaCroix is Beth Jensen, a beautiful student living with the much-older Abe (Mark Davis). We see her masturbating to thoughts of their sex. Next she’s outside, staring at a paper marked with an A grade as if it were a breakup letter, when fellow student James Deen stops to ask her out for coffee. Beth numbly says no and walks home to find dishes shattered on the floor. Abe shambles into the room. Ignoring Beth, he takes a bottle from a small refrigerator and starts pounding on a typewriter. She tells him about the A on her paper, but he snarls that Hemingway isn’t worth studying. Abe brushes off Beth’s concern about the broken glass and his bandaged hand.

In her bedroom, Beth pulls out her sketchbook. Abe enters and asks for a hug, but she gives him a lot more, smiling for the first time as they embrace and undress. He kisses her lean, sexy body and eats her out before they fuck. Beth comes alive with his mouth on her clit, with his shaft buried in her throat and pussy. Afterward, while he sleeps, she sketches him.

Sometime later, Abe’s ex-lover Sandy (Veronica Avluv) comes over demanding money. She taunts Beth, then verbally spars with Abe till he pushes her onto the couch and orally attacks her big tits. Sandy gasps as he finger-bangs her and smears her juices on her face. As their aggressive sex noises bleed through the walls, Beth curls into the fetal position in bed. Sandy goads Abe into fucking her harder, impales her ass on him, and sucks him afterward. This sweaty fuck is totally different from Beth’s sex with Abe.

Beth calls James and asks if he still wants to go out, then rips up her drawings of Abe and sets them next to his sleeping form before leaving. James takes Beth home and bashfully says he wants to kiss her. She says yes with her eyes. When James pauses their make-out and briefly leaves the room, Beth calls Abe and sets the phone down so he’ll hear everything. Abe listens to them kissing and 69ing. James enters Beth in missionary, making her moan unintelligibly and curl her toes. They roll onto their sides, giving us a great view of her fantastic ass. He makes her cum more than once and pulls out from cowgirl position to unleash his load up her ass crack. When she bails afterward, poor James thinks he did something wrong.

When she gets home, Abe silently shoves her against the door and hauls her into bed. He screws her again to mark his territory, or maybe because hearing another man fuck her was a turn-on. Whether sucking her toes or licking her crack, the tenderness he shows while they have sex is enough to keep her in his dangerous world.