Natalie (originally spelled Nataly) was born on July 27, 2020 in Lakeland, Florida. She’s both cute and beautiful, and the short hair suits her so much that even viewers who say they normally like longer hair are hot for her. Standing 5’8” with measurements of 32B-24-34, Natalie is a lean and lusty girl who created quite a stir in the biz when she made her debut at age 18. END_OF_DOCUMENT_TOKEN_TO_BE_REPLACED 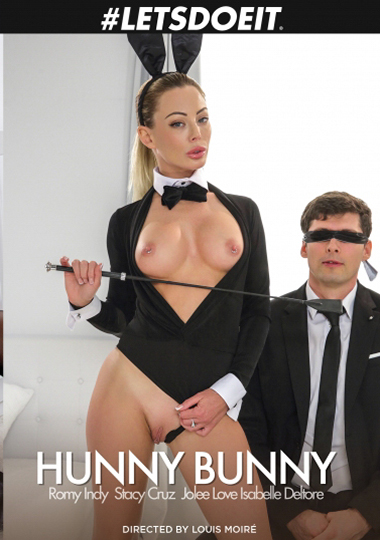 The White Boxxx (a LetsDoeIt label) is known for strikingly gorgeous scenes that are filmed in a white room with few distracting details, putting all the focus on the insanely hot women and the fucking. “Hunny Bunny,” our featured new release of the week, is another satisfying example of this studio’s refreshing style. The four women in the movie are fine as hell and the scenes are erotically potent from start to finish. When you see it for yourself, you’ll understand why LetsDoeIt is winning awards for its scorching scenes.

Isabelle Deltore is the beautiful bunny on the box cover. With her bee-stung lips and blonde ponytail, she’s delicious in a tuxedo bodysuit that’s cut low to show off her incredible tits. (They’re especially lickable when she sits on her man’s face.) Isabelle has this guy right where she wants him: blindfolded and positioned for her to ride the hell out of his big dick. When he’s fucking her doggy style, that ponytail makes a great handle for him to get leverage for deeper thrusts. Later, Isabelle gets herself off with a vibrator on her clit while he fucks her. We love a woman who masturbates during sex. END_OF_DOCUMENT_TOKEN_TO_BE_REPLACED 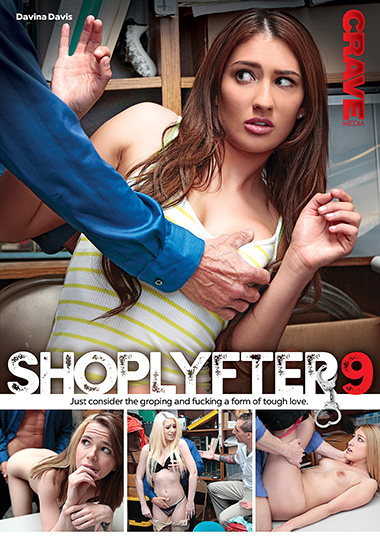 Crave Media’s reality-based series of larcenous young ladies getting busted continues with more fun in the back room. “ShopLyfter 9” includes four hot teens paying for their crimes with pussy in the loss prevention office.

Alina West is a bratty young babe who swears that she wasn’t trying to steal merchandise, but loss prevention officer Tommy Gunn doesn’t buy her story for a second.  He gives her a choice: either he gets the cops involved or he gets his dick involved in her pussy. END_OF_DOCUMENT_TOKEN_TO_BE_REPLACED 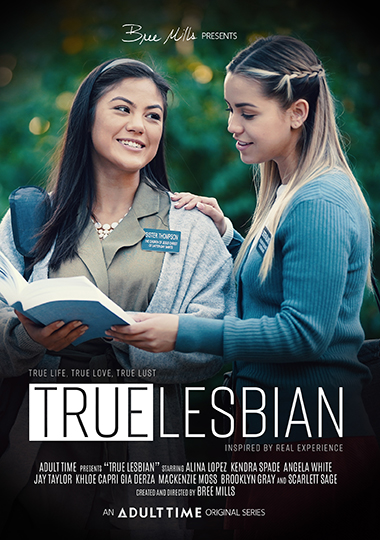 Adult Time is a studio that’s become known for beautifully produced, plot-driven titles packed with the best talent performing at their peak. These movies manage to be both erotically and emotionally satisfying. Directors Bree Mills and Craven Moorehead, the performers, and the behind-the-scenes team have brought us another must-see movie in “True Lesbian,” this week’s featured title. Mills bases many of her stories on real-life experiences. If you’re looking for reality-based tales of women coming to terms with their sexuality—and just coming in general—you’re in the right place.

Beautiful Latina Alina Lopez and gorgeous Asian babe Kendra Spade are a pair of young Mormon missionaries who have formed a strong bond that goes beyond sisterhood. One night, they finally stop denying their feelings for one another, which ends up with the two of them in bed, kissing each other’s nubile bodies, exploring each other’s most intimate parts with fingers and tongues. They go to bed hoping that they can keep this passionate sexual encounter a secret. END_OF_DOCUMENT_TOKEN_TO_BE_REPLACED

The stunning Lacy Lennon has become one of our favorite flame-haired young temptresses. She’s a blue-eyed redhead with medium-sized natural tits, a tiny waist, and a booty shaped like an upside-down Valentine’s Day heart.

Lacy has a sultry beauty that is a perfect fit for movies like “A Black Bull for My Hotwife 4” from New Sensations. She’s a wife who’s loved and pampered, with a husband who knows that the best gift to give her is an extracurricular interracial fling. From the moment she and Jax Slayher meet, the energy between them heats up until Lacy is about to combust. Every moment is potent in this sensual encounter, and Lacy thoroughly enjoys sucking and riding Jax’s big black cock.

If you want more of Lacy getting her fill of BBC, then Deeper’s newly released “Cuckold’s Plight 2” gives you another take on the theme, with Lacy as a babe who gets her lover (Isiah Maxwell) to throw her hapless boyfriend in the trunk of the classic car where they fuck. END_OF_DOCUMENT_TOKEN_TO_BE_REPLACED