One of Makenna’s first scenes was Stags and Vixens from New Sensations, and it quickly proved she’s a lot more than a looker. She’s a cute young wife whose husband is away on business when she puts the moves on her new neighbor, Logan Long, who’s reluctant to fuck a married woman. Makenna calls her husband, puts it on speakerphone, and proves to Logan that her husband won’t mind. Makenna immediately gets to work on Logan’s thick cock, making it throb, enjoying every inch of it in her mouth and pussy. Logan strums her clit and sucks one of her nipples while she rides him in reverse cowgirl. Makenna swallows his cum with a smile.

Black and White 11 from Blacked is Makenna’s first interracial scene, in which Jason Brown is her personal trainer working her body in an intimate way. That’s a great first-time IR for Makenna, and it’s twice as hot to see her with two big-dicked black studs in Interracial Threesomes 5, also from Blacked, for which she is the cover model. In this must-see flick, Makenna is a bored housewife who gets to experience her longtime fantasy of submitting to two men at once.

In one of her latest movies, Disciplined Teens 11 from Team Skeet, Makenna gets all dolled up in fishnet stockings and black lace lingerie for her boyfriend, who dominates her with spanking, choking, face fucking, and rough sex.

We’re sure that these movies and more will give you a crush on Makenna Blue just like we have! 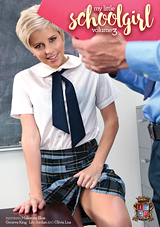 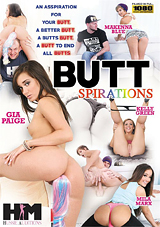 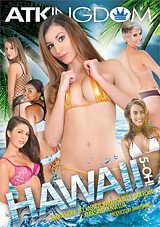 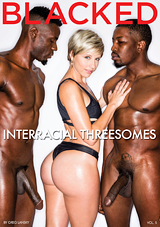