Take Inferno, the troubled Matthew Wilder project that was originally slated to star the even more troubled Lindsay Lohan, who’s now been replaced by Watchmen‘s Malin Akerman. While it’s true that Akerman seems to have no trouble revealing her ample tits—her “sex scene” with co-star Patrick Wilson may have been the highlight of that poor adaptation of the brilliant graphic novel (Akerman’s own performance was particularly lacking), and plenty of pimply teenagers no doubt got off on her topless attempt to seduce Kal Penn and John Cho in Harold and Kumar Go To White Castle—she’s apparently got a bug up her ass about doing actual research for the Lovelace character.

So, instead of watching the three Lovelace movies—Deep Throat II and Linda Lovelace for President, both softcore, are the other two—what will Akerman be looking at for inspiration? 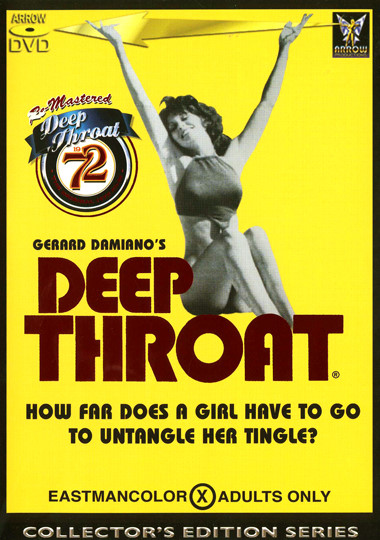 “I’ve been studying a lot about battered women and we all have that big question mark as to why they stay in the relationship and why they don’t leave and it’s so complex,” Akerman explained.

In any case, Akerman’s been cast, so what Wilder has to do now is to come up with the financing, and a report on the L.A. Times blog from April 28 says that Wilder hopes to have a deal in place with his Louisiana-based investors “soon.” If that happens, he’ll then cast the rest of the movie, probably starting with the Traynor role—but with principal photography due to begin around June 1, he’ll have to hurry.

Will the movie ever get done? Christopher Rosen of Movieline.com thinks, “Maybe. Wilder has put too much effort in Inferno for it not to happen. Plus, the film has enjoyed over a year of free press before it has even started significantly filming. You can’t buy that kind of publicity!”

But Inferno isn’t the only Lovelace pic on the horizon, and the situation put us in mind of Jugsy, a title inspired by Warren Beatty’s Bugsy, a mainstream flick about gangster Benjamin “Bugsy” Siegel. In this era when porn parodies were virtually verboten, owing to several copyright infringement suits in the ’80s for titles like Down & Dirty in Beverly Hills and Dickman and Throbbin, two separate companies, Western Visuals and the fledgling (!) Wicked Pictures, each released Jugsy; Wicked’s directed by Herschel Savage and starring Heather Lere, Madison and P.J. Sparxx, and Western’s directed by Robert McCallum and starring Lynn LeMay, Nikki Sinn and Stacy Nichols.

In that vein, it seems that there’s a competing Lovelace film on the horizon, tentatively titled Lovelace. It’s to be directed by Jeffrey Friedman and Robert Epstein, the creative team behind Howl, the story of the events surrounding the San Francisco obscenity trial that targeted Allen Ginsberg’s legendary poem of the same name.

Lovelace, which its writers/directors have called a “nontraditional biopic,” is rumored to have Kate Hudson attached as its lead, but neither Friedman nor Epstein will confirm that. However, as of the date of the L.A. Times blog piece, they were nonetheless hoping that the project “will come together within the next few weeks.”

But, “Producers will generally back off a project if a competing film beats it to the production starting line,” claimed the Times‘ blog’s Steven Zeitchik. “But the fervor to make movies about real-life figures can sometimes lead to two rival films being made, which happened in the mid-2000s with a pair of films about Truman Capote.”

Still, Friedman and Epstein seem to have a better handle on their subject than Wilder.

“Lovelace also isn’t an easy personality to decipher. Said Friedman, ‘You need to take an interesting perspective on the story because her own perspective on her life kept shifting.'”

Considering that just six years after Boreman restated her “gun to my head” claim before the Meese Commission, and one year before she died, Boreman did a pictorial for Leg Show magazine because “there’s nothing wrong with looking sexy as long as it’s done with taste,” we’d have to agree. 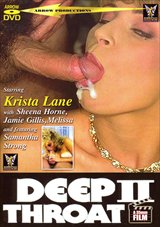 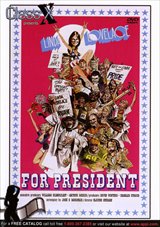 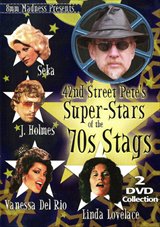