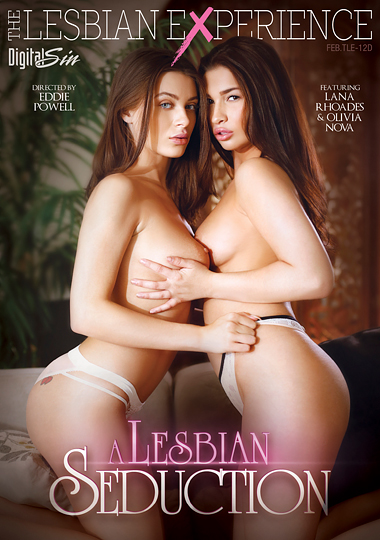 These gorgeous lesbians don’t have to try hard to convince their lovers to come to bed, but they make seduction fun with kisses, caresses, and teases. That’s what makes A Lesbian Seduction from Digital Sin such a luscious collection of scenes.

Giselle Palmer is a stunning girl who can’t wait for her girlfriend to get home, so she gets warmed up with her favorite sex toy. Lexi Belle walks in to find Giselle has started without her, but that’s not a problem. The sight of her lingerie-wearing lover getting ready for her is all that Lexi needs to get in the mood! Lexi savors the sweetness of Giselle’s wet pussy and they take turns bringing each other to new heights of orgasm.

Lana Rhoades would be just about anyone’s fantasy girl, but Olivia Nova is the one who’s lucky enough to be going out with her—except that “going out” isn’t really what’s happening here. Lana arrives for their date and they can’t take their hands off each other! Sometimes a night in for some sixty-nine and face-sitting is much more appealing than a night out.

A Lesbian Seduction is now streaming exclusively on AEBN.