EDISON, N.J.—BurningAngel starlet Jessie Lee suffered major injuries in a car collision Friday afternoon on the way to sign at the Exxxotica Expo at the New Jersey Expo Center. BurningAngel head Joanna Angel was driving the vehicle, but was unharmed.

Lee is reportedly in stable condition at Robert Wood Johnson hospital, where she spent the night in intensive care. She sustained a fractured neck and several other injuries, but is currently responsive with no signs of permanent incapacitation.

Angel cancelled her appearance at Exxxotica Friday night, but is appearing as scheduled today with several other BurningAngel girls. She indicated to AVN following Lee’s resuscitation that her fears about Lee’s injuries had somewhat subsided.

AVN reached Joanna Angel Sunday morning, and she commented: “We’ve been working in shifts making sure someone was with [Lee] at the hospital during all visiting hours. Her mom got in yesterday and is with her now, and I will go back and see her again later today. The doctors can’t say anything official about her condition, but she is stable. She’s a really tough girl and I know she’ll make it through this. I’m canceling my trip back to L.A. until she’s better.

“The convention has not been the same without Jessie,” Angel added, “but we are all praying for a speedy recovery, and hopefully she will be Twittering up a storm again soon!”

Angel noted that only Lee’s immediate family and BurningAngel staff are allowed to visit her at the hospital, but get well gifts—specifically Hello Kitty teddy bears and no flowers, plants or food—can be sent c/o Jessie Lee to 1 Robert Wood Johnson Pl., New Brunswick, NJ 08901, S. ICU Room 1. Additional information about sending Lee care packages and/or financial aid (as she has no health insurance) can be found here. 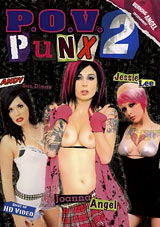 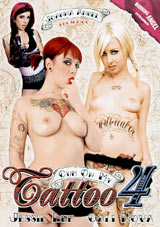 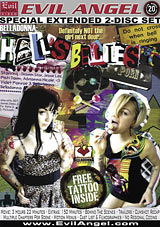