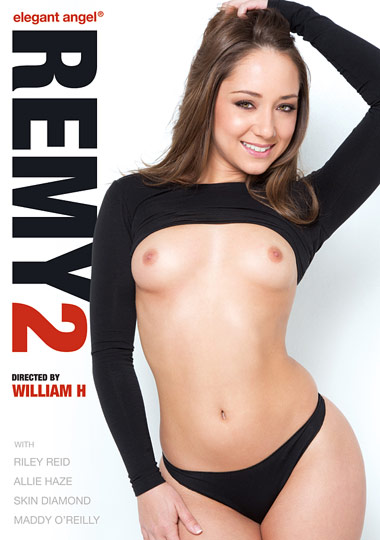 Beautiful Remy LaCroix won AVN Best New Starlet this year. A big reason for it was Remy, her first showcase movie from Elegant Angel Productions. Fans who loved that movie should get a lot of enjoyment out of Remy 2. Those who have never seen Remy are in for one of those world-rocking experiences, especially if young, natural-bodied brunettes with fantastic asses are your thing.

Between scenes, Remy demonstrates the hula-hooping skills that help keep her hips and ass looking so fine.

By showing us nearly every facet of her sexuality in one movie, Remy LaCroix shows once again why she’s one of the great ones.