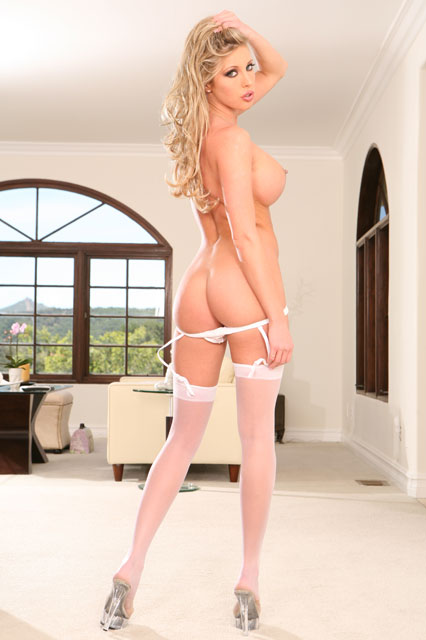 Born and raised in Tennessee, Samantha Saint has a lethal combination of charms: that pretty face, that slamming body, and an accent that’s sweet as Southern-style iced tea. She’s a blue-eyed blonde dream girl with pierced nipples that are the perfect way to show off her suckable 34DDs.

In a debut that got plenty of keyboards clacking on adult industry fan forums, Samantha started out as a lesbian-only performer back in 2010 and within a week had reportedly received a contract offer that would require her to work with men. Samantha didn’t take that first offer, but she rethought her approach to performing and decided to start fucking guys in addition to women in front of the camera.

The first boy/girl performance from Samantha can be seen in Hustler’s airline spoof TSA: Your Ass Is in Our Hands. In it, she deep-throats and fucks “TSA agent” Bill Bailey after he strip-searches her at the airport.

Of course, there’s a lot to be said for some steamy, sensual girl-on-girl action too, especially when the girls in question are Samantha Saint and Faye Reagan. They get into some intensely beautiful and sensual moments together in Lez Stravaganza 11 from Digital Sin, one of Samantha’s scenes from her early lesbian-only days.

Recognizing the extreme masturbatory fantasy material that Samantha’s body represents, Smash Pictures cast her in Bra, Panties, Scissors and put her gorgeous picture on the box cover. In another memorable scene with Bill Bailey, Samantha comes home to model her new lingerie for her man and he enjoys destroying it by cutting holes for the nipples and pussy. Can you blame him for wanting to access all the goodies and get the frothy lingerie eye candy too?

Samantha got the star treatment in The Insatiable Miss Saint from Jules Jordan Video, released last June. Wearing an ornate mask, collar, and metal bra, she orally and vaginally worships the huge cock of Criss Strokes in the stunning first scene. From there it’s a wild ride involving a threeway with James Deen and Voodoo, a blowbang with a bunch of guys wearing headlamps to light the scene, a couple of one-on-ones with men, and an all-girl threeway to close the show. This movie alone is one of the major reasons Samantha was a nominee for Female Performer of the Year at the 2013 XBIZ Awards.

Wicked Pictures signed Samantha as a Wicked Girl on September 25, 2012. You can see her Wicked ways in Busty Cops, where she plays a bodacious officer busting would-be car thief Xander Corvus in a bait car sting operation. Her next Wicked flick was the fun-loving romp Ideal Companion – think of it as an updated and pornified Weird Science.

Here are three of our top Samantha Saint movie picks. 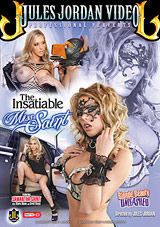 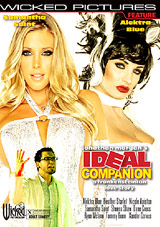 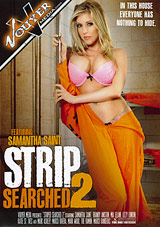