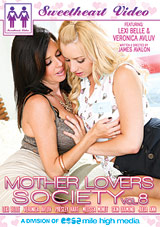 Sweetheart takes the sacred feminine bond of a mature woman and curious girls to deeper levels in the 8th installment of the renowned Mother Lover series. Skin and Presley are two wayward girls who decide to seek out the support and care of experienced older women. Gorgeous Melissa and Julia show the young girls how to open up their bodies and minds and give in to lesbian eroticism! 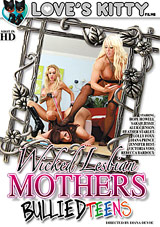 Imagine you are a beautiful young girl with a face so pretty and a body so ripe, and you have a stepmother who is pretty but a mean witch! She always has you doing the housework, treating you like a peasant. One day her lesbian girlfriend comes over and they decide to pin you down and drink all the pussy juice out of your pussy! Excited? You bet! 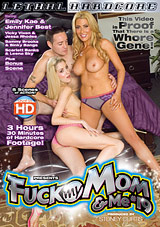 Emily’s mom Jennifer has been feeling down, so when Romeo tried to fuck her, she said “You gotta bang my momma if you want some of this sweet pussy!” When Scarlett caught her mom Leena fucking her boyfriend, she jumped in to prove she was a better fuck! Sammy finally told her daughter Binky she was adopted so she could eat her sweet pussy while Christian fucked her to orgasm! Vicky and Jessa were outraged by the Airport security guard’s fully cavity search until they saw his huge cock!