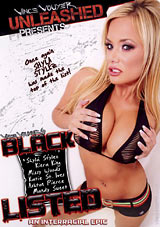 Mandy Sweet takes on all of Sean boy. Does her mouth look great attached to his dick or what? Ooh, I’d love to fuck her. Hell, I’ll fuck anything right about now!

Missy Woods gets a DP from Sean and Jon Jon. She gets dominated and can’t figure out why two brothas’ cocks can’t fit into her mouth. She also wears a dog collar. That’s some funny shit. They should have made her bark for the hell of it.

I can’t get enough interracial. Just hope they got room for a yellow monster cock. OK, I’m out of here, time to go fuck something!