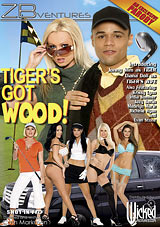 Tiger’s dumb for cheating on his wife like that. I mean there’s nothing like putting your mouth around a nice pair of Swedish meatballs – unless there are American or European meatballs nearby. I guess Tiger has a point after all. I don’t want to talk about golf though because that game is for losers. I want to FUCK.

Diana Doll plays the Swedish meatballs girl herself. She has a sexy accent and gets destroyed by Evan Stone’s massive penis. Man how I wish I could pop my load on her tits like he does. And watch Richelle Ryan almost asficksee8 azfixiate…FUCK…strangle Tiger with her fat ass cheeks in 69.