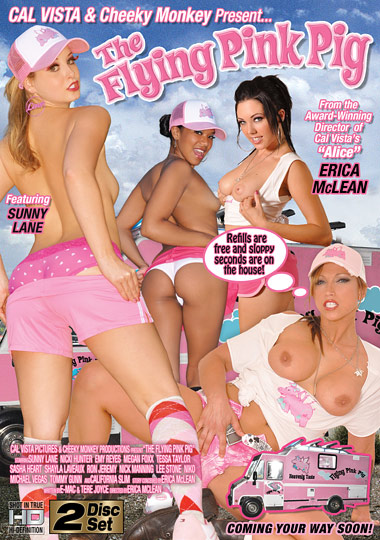 Truck owner Joe Kim says he was misled and thought the truck was being used in a “romantic movie.” (Hey, to some people, a double-penetration scene on the cold steel of a taco truck counter is romantic.)

Kim filed suit to stop the film’s release, but “Flying Pink Pig” director Erica McLean stood standing her ground, telling us that Kim’s story about being misled is a bunch of hooey.

Kim and McLean may not relish the legal wrangling — or maybe they do and this is all a canny publicity stunt — but Jeremy certainly believes there’s no such thing as bad publicity. Though he doesn’t have a sex scene in either film, Jeremy plays a competing food truck owner in “The Flying Pink Pig” and its sequel. When we spoke to Jeremy yesterday, he told us:

“We want to thank [Joe Kim] very much for suing. We appreciate it. It’s like when “Debbie Does Dallas” came out and the Dallas Cheerleaders sued. They made it the most popular movie in America. I personally want to thank him for suing Erica.”

Explaining his onscreen role, Jeremy says, “I’m the competitor and I try to take over the business. I’m in the original and the sequel, and in both of them I yell, ‘I hate you, Sunny, and your flying pink pig!’ Sunny Lane beats me in the business, using sex and things like that, of course.” Of course. He’s not sure, but he thinks the trucks sells cupcakes.

“To me, eating is even more fun than sex — on and off screen,” the Hedgehog says.

“Once you get to your mid-50s, and you have a blonde, a brunette and a redhead over here vs. a steak and a lobster over there. I’m sorry, but the surf-and-turf is calling me more.”

And check out the sneak peak below!