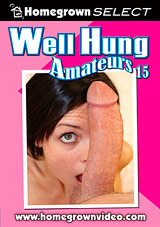 The studio that produces Well Hung Amateurs, Homegrown Video, has been around for over 25 years and was the first company to distribute amateur sex videos, so they know what they’re doing when it comes to showing us previously unseen talent in action. It should come as no surprise, then, that the series has been up for several AVN Awards.

Cute and sexy Lexi Belle is among the many girls who did a WHA appearance early in her career; you can see her on the cover of the fifth movie in the series. 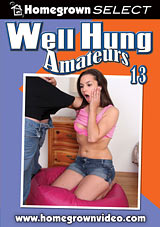 But if you’re more interested in the girls who retain their unknown amateur status, there are plenty of those to be enjoyed! More recent volumes are populated almost entirely with girls who are very likely to be in this business for only a few movies before moving on with their lives. Some of them use only one name, the kind that’s impossible to turn up in a web search result. That kind of relative anonymity doesn’t mean these girls can’t put on a good show, though. If you’re the kind of porn fan who prefers the babes who really could be girls next door, then these are the movies for you.