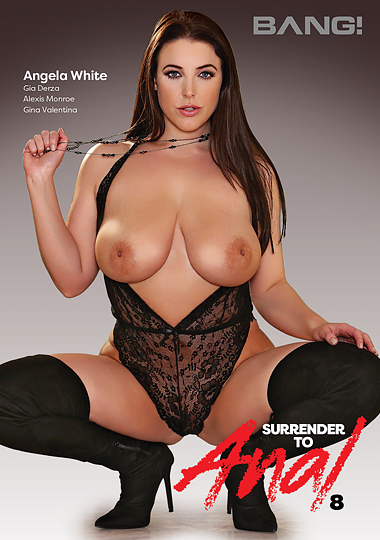 Angela White teases in lingerie and a black lace mask, getting us all worked up with those gorgeous big tits. When Manuel Ferrara shows up, Angela nips playfully at the bulge in his pants, then plays with his foreskin as he gets hard in her hands. She gets his dick wet with her spit and then titty fucks him, smiling and wiggling those boobies, making them clap. Later, she sucks her own nipples while he eats her out and penetrates her pussy. The scene gets playfully rough when Manuel makes her look in his eyes as he chokes her out, and when he pulls her hair. As always, Angela gets completely high on sex in a way that few other performers do on camera. She’s on a higher plane of existence with Manuel fucking her mouth, boobs, pussy, and then her asshole. When he pops, Angela makes sure to lick up and swallow every bit of jizz from her boobs. It doesn’t matter to her if she looks perfect, which in its own way makes her look even better than she did when her makeup wasn’t running.

Gia Derza teases outside, wearing a sparkling butt plug, dark blue lingerie, stockings, and high heels. She lies back on the grass to play with herself. Inside, she crawls across a big white couch, swirling her hips to make her thick ass and thighs dance for the camera. Her dude immediately starts to fuck her face for several minutes before slowly pulling out the butt plug. Gia gasps, moans, smiles, howls, and almost cries with joy as her hot ass gets reamed. It’s a rough, fun fuck that leaves Gia sloppy and dick-drunk.