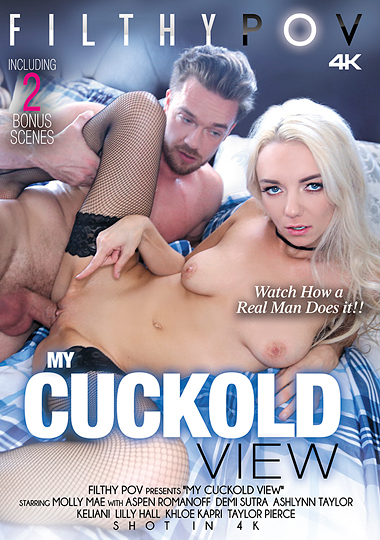 Molly Mae is a gorgeous young wife with nipple-length platinum blonde hair and a toned, all-natural body. She confronts her husband about his recent affair. Now it’s her turn to bring another man into their bed while he watches. She taunts and teases as she gift-wraps herself for her lover in black lingerie, lace-topped stockings, and red high heels. Then she sucks his big cock—has she ever enjoyed blowing her husband as much as this? Molly can’t hide the pleasure of taking some other guy’s dick right in front of her man. When she mounts him in cowgirl and you see the way her ass looks from that angle, will you be able to contain your orgasm?

In a departure from the other scenes, Khloe Kapri and her stepbrother have been having a secret sexual relationship. She doesn’t want to get caught, but he surprises her in the laundry room and they work out their differences of opinion on whether it’s worth getting busted or not!