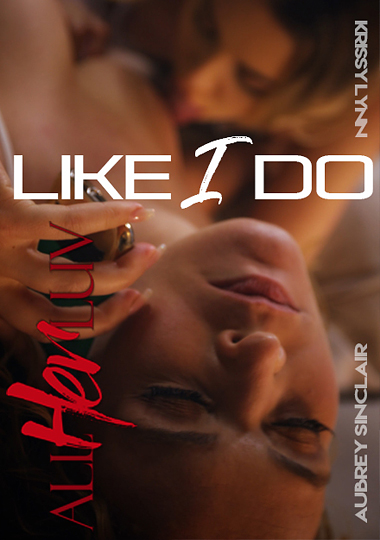 Eighteen-year-old Aubrey Sinclair eavesdrops as her dad argues with Krissy Lynn, her stepmother. He thinks that Aubrey is turning Krissy against him, and he wants to fix that somehow by making Krissy spank Aubrey because she was caught getting high.

Krissy is opposed to spanking but wants to appease her husband, so she goes to Aubrey’s room and says they should tell him about the spanking without actually doing it. Aubrey says that her dad just wants to hurt her, so Krissy should tell him that she spanked her until she cried and her ass was black and blue. Horrified at the thought, Krissy refuses. But Aubrey wants to be spanked, so she taunts her stepmother until Krissy’s hurt and angry enough to slap the teen’s ass. Krissy slaps Aubrey’s round cheeks harder for every taunting remark that the teen makes. When Krissy realizes what she’s doing, she tries to apologize. Aubrey pushes her stepmother away, insisting that she tell her dad about this.

The next day, Krissy tells Aubrey that she and Aubrey’s dad had a fight about the spanking and he’s at a hotel now. Aubrey triumphantly declares that she was right about her dad and guilt-trips Krissy into rubbing lotion on her ass. Krissy notices that Aubrey’s panties are wet and tries to stop, but Aubrey softly whines about how much better it feels when she rubs it in. When some of the lotion gets on Aubrey’s panties, she takes them off. Aubrey kisses Krissy on the mouth.

Aubrey tries another seduction trick: claiming that she saw her dad having an affair with his boss. Krissy denies it. At that moment, Krissy’s phone rings. It’s her husband calling, but Aubrey decides to pounce while her stepmom is trying to talk. She starts kissing Krissy’s tits and her neck, making little purring sounds that Krissy says is the cat. Finally, Krissy ends the call. Aubrey persists until finally Krissy gives in to what she really wants and pulls her stepdaughter onto her face in sixty-nine position. The mutual pussy eating brings Krissy to orgasm fast. Now she’s lost in lust, rubbing her tits in Aubrey’s wetness and grinding their pussies together until both of them cum hard.

What will the aftermath of this sudden affair be? We can only hope for a sequel, because Aubrey and Krissy bring such intensity that you can feel the heat through your screen.