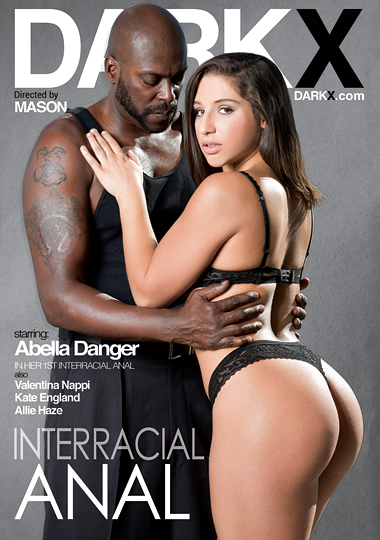 Italian brunette Valentina Nappi is a textbook hourglass type with boobs you’ll want to play with all night, ass for days, and a lovely face. Her favorite thing about her body is that she attracts black men, whom she loves to fuck. When Prince Yahshua shows up, the chemistry is potent. Valentina sucks his member for a good while, and nuzzles his balls. Prince licks and fingers her pucker and moves in straight to anal. Her bubble butt jiggles and her big tits bounce with his thrusts. They fuck anally with relentless energy, only taking a couple of brief breaks for her to suck him again between positions. In the end, she takes his load in her mouth and it streams down her chin as she sucks him clean.

Kate England is a beautiful, athletic young blonde who’s new to the industry. Prince Yahshua walks in to find her feeling a little down on herself after appraising her body in the mirror. He immediately figures out what’s wrong and is quick to show Kate why he was attracted to her in the first place. First he has her sit on his face so he can suck her pussy. He fucks her vaginally at first, getting into the groove gradually. Then Prince nails the hell out of Kate’s ass, showing her once and for all that there ain’t nothing wrong with that booty.