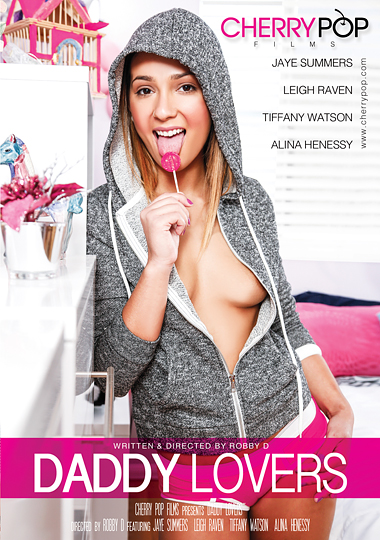 Punky, foxy brunette Leigh Raven is eating ice cream when her stepdad Derrick Pierce comes into the living room looking for his phone. Leigh is playing a game with him, sitting on his phone and making him guess where it is. Finally he figures it out and starts tickling her. Leigh complains that it’s irritating her new tattoo, which leads the two of them to start comparing ink. Eventually, Leigh strips off her shirt to show him the ones that hurt the most, which are the hearts around her nipples. She “forgot” that she’s now topless, but that’s more than okay with her stepdad. Now that they’re past the point of no return, Leigh kisses one of Derrick’s tattoos on his upper arm and then kisses his mouth. In a flash she has his big, hard daddy cock in her greedy mouth. Derrick fucks her face, plays with her perky tits, and then screws her tight pussy, which is twice as sweet because it’s supposed to be forbidden.

Long-haired beauty Jaye Summers is posing topless while her boyfriend snaps pictures with his smartphone. Chad Alva, Jaye’s stepdad, sees what they’re doing through the open door and calls her boyfriend out into the hall. He chews the boy out and then won’t let him take his phone with him when he leaves, because daddy needs to check these pictures out for himself. Chad enters Jaye’s bedroom, scrolls through the photos, and then shows his hot teen stepdaughter how a real man such as himself can treat that nubile, natural body of hers! Jaye is model-gorgeous and she’s got a vulnerable quality that makes her even sexier as she takes her stepfather’s cock in her mouth and then her tight little twat.

Platinum blonde teen Tiffany Watson is sulking because all of her friends have dates on Valentine’s Day and she doesn’t. Her mom, Alice Chambers, helpfully suggests that she have dinner with stepdad Ryan Driller that night so she doesn’t have to be alone. Alice is going to be working that night but Ryan will be home. At first Tiffany thinks the idea is weird, but soon she warms to it. Ryan is young for a stepdad, and he’s hot. Tiffany borrows a tight little black dress from her mom and tells Ryan this was the dress she was conceived in on a Valentine’s Day. Now Tiffany wants her own special Valentine’s Day, and she wants him to make that happen. Ryan is uncomfortable, but Tiffany gets through to him by pulling his hand over to touch her boob so he can “feel how soft the dress is.” Soon he’s pulled down the top of it so he can suck her natural tits. After Tiffany gleefully gets her first taste of his huge cock, she opens her legs for him and gets fucked in several positions on and against the dinner table. At the end, Ryan cums inside her, because after all, she did say she wanted her own Valentine’s Day story just like her mom’s.

Alina Henessy’s stepdad Tommy Gunn picks her up from ballet lessons. The instructor, Cassidy Klein, pulls Tommy aside to express her concern about Alina’s home life and how it could be affecting her lessons. After Cassidy leaves, Tommy tells Alina to cut it out with the airing of dirty laundry, but Alina uses this as the opportunity to make him prove he loves her more than her mom. Tommy can’t help himself—despite his irritation, he gets hard just thinking about Alina’s toned ballerina body and how flexible she is. Stepdaughter and stepdad fuck right there by the barre, which is going to give Alina plenty of happy memories during all of her future lessons.

These teens are anything but innocent! Watch Daddy Lovers exclusively on AEBN.