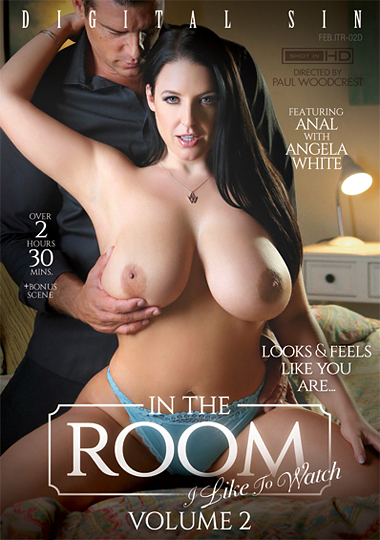 Logan Pierce runs a bath for his friend’s wife, Kendra Spade, as they wait for her to arrive. The half-Filipina hottie and her husband have invited him to fuck her. She walks in, wearing a black bra with mesh insets that show her nipples. He peels the bra off her medium-sized tits and starts to play with them as Kendra thanks her husband for making this happen. Once she’s naked and in the bath, Kendra sucks and strokes Logan’s cock while making good eye contact with the camera. They head to the bed, where Logan pounds Kendra’s wet pussy in multiple positions, with breaks for some pussy-to-mouth sucking in between. Kendra tells the camera she loves how her husband drained his own cock just at the same time as she drained Logan’s.

“In the Room: I Like to Watch 2” is an up-close, intense, fun collection of P.O.V. voyeurism vignettes, now streaming on AEBN VOD.