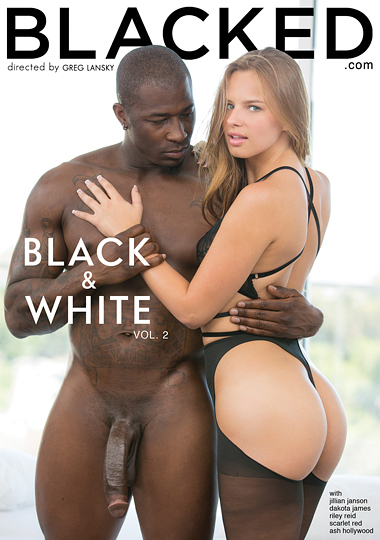 Cute Scarlet Red complains to her friend on the phone that she has too much homework, but she can’t get it done as long as her neighbor is blasting his music. She knocks on Prince Yahshua’s door with a charming smile, asking if he can please turn it down. He apologizes and offers her a drink to make it up to her. She can’t resist when he kisses his way down her body and plays with her pussy. When Scarlet unleashes his dick, she literally gasps over the size. Scarlet starts to suck and then takes his powerful face-fucking like a champ, remarking that her boyfriend’s dick is much smaller. She’s just as impressive taking Prince deep into her pussy when he fucks her in a variety of positions that flow naturally. Judging by Scarlet’s moans, this is the best sex she’s had in a while! After an awesome fuck, Scarlet takes his cum facial with a big smile.

Sexy blonde Ash Hollywood gets much more than the usual service from her personal trainer, Flash Brown, with whom she’s been carrying on a torrid affair. Their workout has them pumped up, so Ash sucks his dick right there in the outdoors. Back in the house, things heat up as oral leads to Flash bending Ash over and fucking her doggie style, missionary, reverse cowgirl, and more. Ash talks dirty as they screw, bringing the scene to a higher level. His load lands on her tongue and some of it drips off, but Ash makes sure to clean up with some more oral.