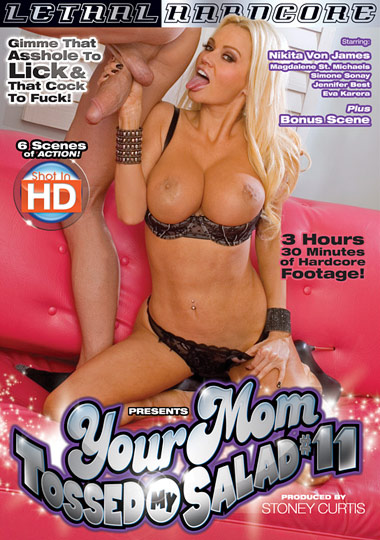 Whatever it takes to help her son become a star, that’s what busty blonde Nikita von James will do. She will even lick some shady producer’s asshole, deep-throat his rod, and fuck him in all sorts of positions on a pink vinyl couch.

Simone Sonay is a hot blonde teacher who invites her lucky student Sonny over to her house for some private tutoring in how to fuck. He gets extra credit for letting her taste his asshole and making her squirt.