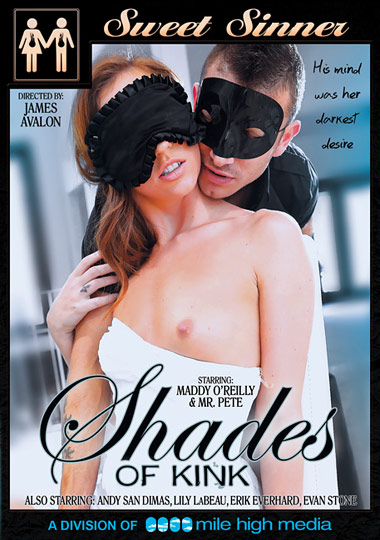 Cute redhead Riley interviews for a job at Ashe’s marketing firm and brings a sample ad campaign. Believing her approach is wrong, Ashe grows more sexually blunt in his questioning. Although she’s career-driven and thinks of sex as something to “deal with” after establishing her career, Riley is desperate for this job, so when he produces a heart-shaped box of Ben-Wa balls and tells her their purpose, she gets the message. If she wants the job, she must sign Ashe’s consent form and do everything he says. In her car, Riley puts the Ben-Wa balls in her pussy. By the time she’s home, she’s so excited from their vibrations that she masturbates.

The next day, Ashe thinks Riley’s new sample is better but still passionless. He gives her an address where she’s to meet him in an hour with the Ben-Wa balls inserted. Riley complies and meets him at a hotel room, but is baffled when a couple enters and starts fucking in front of them.

After getting Riley worked up, Ashe tells her to have a presentation ready in the morning. He likes what he sees and invites her to dinner at his house that night. Dinner conversation causes Riley to conclude that Ashe is untrusting and afraid of love, so he changes the subject by taking her to bed. Slowly building the heat, they kiss. He removes her panties and stuffs them in her mouth. Oral sex leads to Riley riding Ashe in cowgirl, but the two of them move all over the bed in a tangle of limbs as their passion escalates.

Riley gets the job and Ashe invites her to his house again. He introduces her to sensory play, blindfolding her and starting slowly with a feather. He brings in three masked men to play with her while he watches.

Having introduced Riley to pleasures beyond her imagination, Ashe takes off the training wheels in a way that stuns her. Shades of Kink is an exciting sexual education to behold.