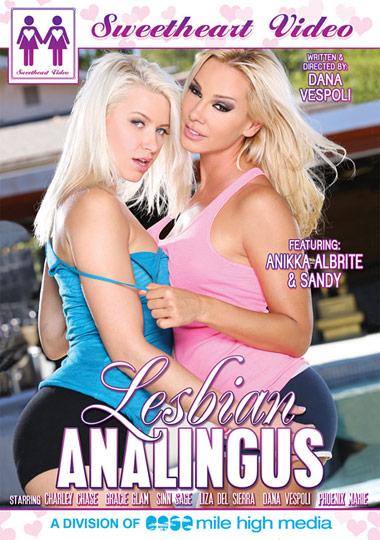 The excellent ass licking continues as two blonde beauties (Annikka Albrite and mono-monikered Sandy) go to town on each other in scene two. Annika and Sandy are the babes on the box cover.

Next, Sinn Sage, one of lesbian porn’s most valuable players, is in an exquisite scene with the gorgeous Frenchwoman Liza Del Sierra. From Liza’s voluptuous tits to Sinn’s ample yet toned booty, they love to worship each other’s best features.

Sweetheart Video broke some new ground when it gave Vespoli the director’s chair for this movie. You’ll love watching these women reach the peak of sexual ecstasy together.