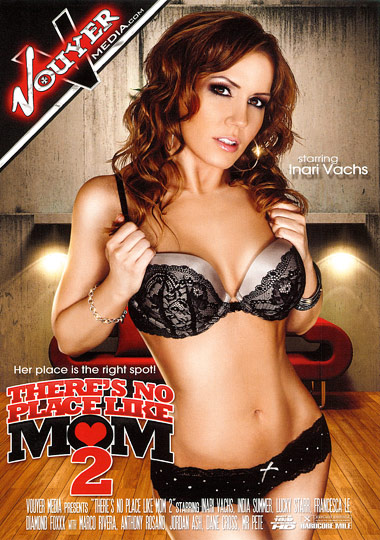 Vouyer Media is pleased to present There’s No Place Like Mom #2, the all-new M.I.L.F. release that blows the lid off the sex lives of the finest mature women in adult entertainment. This exciting title is now  available across the AEBN theater network.

One of the top “comeback queens” of 2011, Inari Vachs graces both the movie’s cover and one of its finest sequences, oozing sex appeal and personality to spare throughout. She lets the director’s camera explore every inch of her luscious body before throwing down a scalding screw with Mr. Pete. This scene has everything – it’s extreme, there’s great chemistry, and the energy level is high throughout.

Petite industry veteran Francesca Le makes her triumphant return to Vouyer Media next, and this blistering segment sets the stage for equally explosive encounters featuring seasoned players like Diamond Foxxx and Lucky Starr. These ladies take on some of the most reliable studs in the game, including Marco Rivera, Dane Cross, Jordan Ash and Anthony Rosano.

With a cast of industry legends, high production values, and three hours of M.I.L.F.-tastic action, There’s No Place Like Mom #2 is that rarest of things – a sequel that surpasses the original in every way!