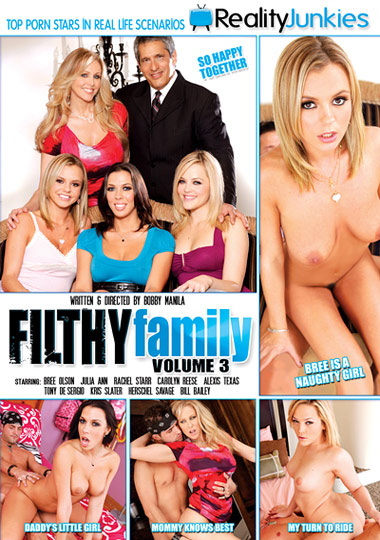 LOS ANGELES—A family that fucks together (though not with each other) stays together. At least that’s the premise for the Bobby Manila-directed Filthy Family 3, streeting today from Mile High Media’s Reality Junkies studio.

For Manila, who’s flown under the radar during his decade-long career, his current work for Reality Junkies represents the apex of a do-everything career that’s come full circle. He directed his first movie for Mile High’s Doghouse Digital imprint and now has been with the company’s Reality Junkies imprint since Day One.

He got his start shooting for MeatCash and Khan Tusion, directing scenes for BlackAttackGangbang.com. From there he went to work for Platinum X Pictures when the studio was a powerhouse that boasted such directors as Mike John, Eric Everhard and Michael Stefano.

So, what has Manila created with Filthy Family 3? A series of vignettes wrapped together by a common thread detailing the sexual escapades of, well, a sexually adventurous filthy family. Think of it as a carnal version of Desperate Housewives. 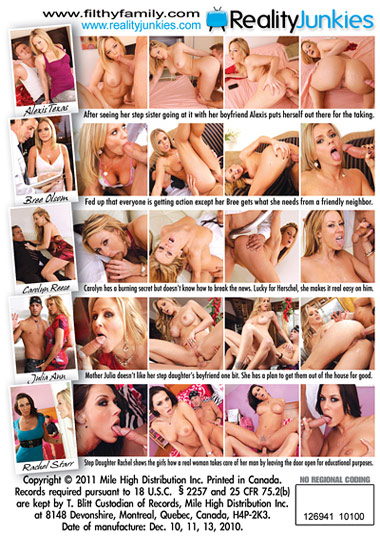 The story starts off with one of the daughters, Rachel Starr, returning home from college. Manila describes her as the wild one in the group.

“I wanted everything to be laid out in detail so my actors would be completely prepared, understood their character’s relationship to everyone else and so we all knew what to expect.”

The debut of the Filthy Family series has received critical acclaim. The first released received a AAA 1/2 rating from AVN reviewer Emma Edwards, who said “Family ties have never looked so good in this exciting offering by director Bobby Manila. With a varied mix of older/younger sex, this movie has all the bases covered.”

The challenge of filming an adult movie with a storyline, no matter how intricate, is to balance the dialogue with the sex. Manila relies on his film school background to pull this off.

“It has to be a good balance of acting and sex otherwise it feels uneven,” Manila said. “And honestly, it’s a challenge to find performers who can balance both in a skilled way. If you focus too much on the acting, sometimes the sex can be stale. Ideally the acting and the dialogue heighten the sexual tension and raise the viewer’s anticipation of what should be a dynamic sexual scene.”

Filthy Family 3 is now available in HD across the AEBN theater network.